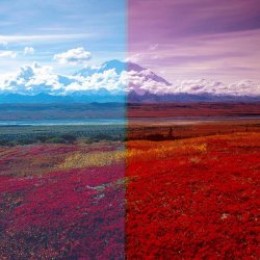 This article records various religious beliefs – and gives you the option of really deciding which is best. From Ancient Egypt and Plato, to Christianity and Buddhism… most religions I know of have an afterlife of sorts – but modern science reduces us all to our most physical parts and denies an afterlife as a matter of course.

This lens will tell you about the afterlife in various spiritual and religious traditions, as well as give you the opportunity to vote for the afterlife (or lack thereof) you personally believe in.

Roman Catholic Church on the afterlife

This is the belief most familiar to people. There is a heaven for the just and the faithful. There is hell for the sinful. In between there is purgatory: a place where souls get purified.

Egyptian Myths about the afterlife

The belief in protestant Christianity is simpler than the one in Roman Catholicism: There is no place for souls to get purified – souls get saved or not, based on the grace of God. Souls that will get saved are ones that are more devoted to God in this lifetime.

Muslims believe in a version of Heaven and Hell are pretty close to the Christian versions.

Hell is the abode which Allaah (swt) has prepared for those who do not believe in Him (swt), those who rebel against His (swt) laws and disbelieve in His Messengers. It is the punishment for His (swt) enemies, the prison for evildoers.

Plato’s views on death and the afterlife

Plato‘s ideas on the afterlife were recorded by Socrates, like all his ideas. He didn’t leave any writings himself. So the following is what Socrates wrote about the subject, saying it came from Plato. Since the accounts in Phaedo and The Republic are similar, I’ll go with that.

First of all: Plato makes a differentiation between what kind of soul you have. There are sinners and virtuous people. The virtuous people are the philosophers. Don’t think he meant cerebral people. Philosophy didn’t just imply thinking, but also trying to live right. We might translate his ‘philosophers’ as those who practice mindfulness…

In both cases each soul got a thousand years of afterlife. After that, they had to drink from the river of forgetfulness, before going into a new life.

Heaven and Hell in Buddhism

This is where it gets interesting. Classical Buddhist texts talk about six realms of existence, of which the human realm (the one we are all in) is one. They are ALL temporary.

Nirvana is the release of all these realms – only in Nirvana is one out of the cycle of existence. Heaven and hells are merely distractions from the true goal.

Heaven and Hell according to Theosophy

Theosophy is of the position that in between lives we get to rest. That resting place is for our consciousness and it takes the form of our highest dreams and wishes. H.P. Blavatsky called it Devachan.

If your highest dreams and wishes are about heavenly virgins – that’s what you will get in devachan if your life has been reasonably well lived. Only the very wicked don’t get devachan – they get a hell-like experience, because they did not have high dreams and wishes.

There is NO afterlife – according to most atheists and agnostics

So which after life state appeals most to you?

Which kind of afterlife do you believe in (of feel is likely)?

52 people voted in this poll.

Is there an afterlife? What is your belief or opinion?

Yes, there is some sort of life after death

(tell me which kind you believe in)

There is an afterlife, though it could also be called many different things. As I frequently have conscious out-of-body experiences I am convinced of the fact that life goes on and on. I have even met loved ones who have made the transition to the other side.

I say that there is an afterlife. As they say in quantum physics, energy cannot be created or destroyed, therefore, we have to go somewhere.

It’s a series of journey.

First those who leave this mortal world before the whole universe was destroyed will be in transit in a ‘temporary place’ a.k.a the grave with taste of torture or reward that they will later get. Then after this whole world is destroyed, we will be gathered in a place for individual reckoning which later be decided to the place or reward or place or torture according to the life we live in this mortal world for eternity.

I believe that there is heaven and hell when we die, but we make the choice of which one we want to go to by accepting Jesus as the savior or not….going to heaven, or forever burning in hell!!

I believe that after we die, our material body and brain will cease to exist but the immaterial mind(consciousness) will continue to exist indefinitely and be transferred to a new body host of a newborn child.

I do not believe that the description of heaven and hell should be taken literally and that they are metaphors to describe pleasant and the un-pleasant. God with his infinite mercy would not sentenced a wrongdoer to an infinite suffering.

Only those who develop a soul are able to continue to exist beyond the death of the physical body. Building a soul takes effort like everything else in life. There must be an exchange of energy. The majority of people do not have souls and have no afterlife.

Yes I believe there is life after death, but that a lot of us are already here in a hell of sorts. We are in a sort of school on probation and to work out what we haven’t yet learned the right way. And I believe in karma. What goes around, comes around.The Golden Rule, do unto others as you would have them do unto you. I believe in what Jesus Christ said, and that He will return with great punishment to those who knew, but chose not to listen, and followed their evil ways of hurting others. The blood of the murdered cries from the ground like Abel’s did, even animals. My hope is in that heavenly city where no one who is evil in their hearts can enter in. And that will be their hell, knowing they chose not to. What animates our bodies if not a spirit? And where does it go? We are not allowed to know. But even animals have something that animates them when they are alive.

No, we die – our bodies decay, nothing is left but mud.

No, I don’t think that there is life after death.

Life is this amazing and delicate combination and balance of matter and energy – once the balance is fatally disrupted and that particular matter and energy lose that relationship between composition and energy the life of that being ends.

Everything around us kindles into life, burns brightly and briefly, then dies down to ash. The components of that ash are all still there but they are no longer assembled the same way, nor do they relate the same way as when the being was alive. In time, other beings will use bits of that matter and energy as parts of themselves, but each bit is not the same as the whole. Each life is a unique event, precious and amazing.

No, and I’ve seen belief in an afterlife result in poor decisions, compromises and complacency in real life. It steals your personal power. What I do believe, is that everything you do is a vital part of the fabric of eternity for all of infinity, your ripple effect goes on forever. I feel it’s more empowering personally, but to each their own!

“So which after life state appeals most to you?” “Which kind of afterlife do you believe in (of feel is likely)?” – I think these are two very different questions. What is appealing and what you believe are often vastly different.

Personally, I don’t believe in life after death but the idea of any afterlife is quite appealing. The idea that good will be rewarded and evil punished in a sort of ultimate fairness – seriously, who wouldn’t find that appealing? It doesn’t make it real, though.