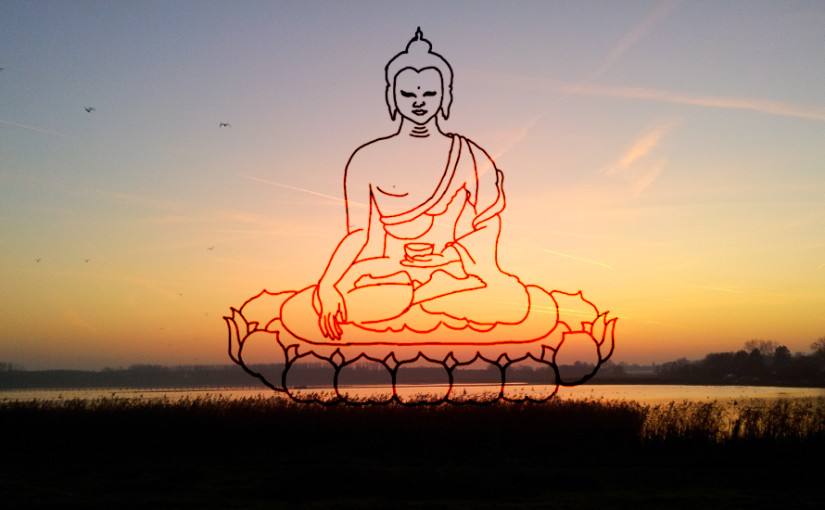 Are you ready for my multiple choice pop quiz?

Test your knowledge of Buddhism. Do you know your Buddhist trivia? I have 10 multiple choice questions for you to test what you know about this religion, it’s founder and it’s history. What’s the rightful place of meditation in the tradition, for instance? You may be surprised…

See also my quiz (on another blog) about H.H. the Dalai Lama

The hardest question for Buddhists: the Buddhist flag 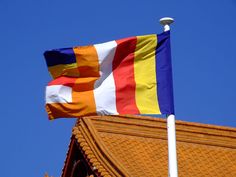 The question in my pop quiz that Buddhists seem to have most trouble with is the one about the Buddhist flag. So here’s what wikipedia has to say about it:

This flag was published in the Sarasavi Sandaresa newspaper of 17 April 1885 and was first hoisted in public on Vesak day, 28 May 1885 at the Dipaduttamarama, Kotahena, by Ven. Migettuwatte Gunananda Thera. This was the first Vesak public holiday under British rule.

Colonel Henry Steel Olcott, an American journalist, founder and first president of the Theosophical Society, felt that its long streaming shape made it inconvenient for general use. He therefore suggested modifying it so that it was the size and shape of national flags. Modifications were made accordingly, which were adopted. The modified flag was published in the Sarasavi Sandaresa of 8 April 1886 and first hoisted on Vesak day 1886.

In 1889 the modified flag was introduced to Japan by Anagarika Dharmapala and Olcott – who presented it to the Emperor – and subsequently to Burma.

At the inaugural conference of the World Fellowship of Buddhists on 25 May 1950, its founder President Professor G P Malasekera proposed that this flag be adopted as the flag of Buddhists throughout the world; this motion was unanimously passed.