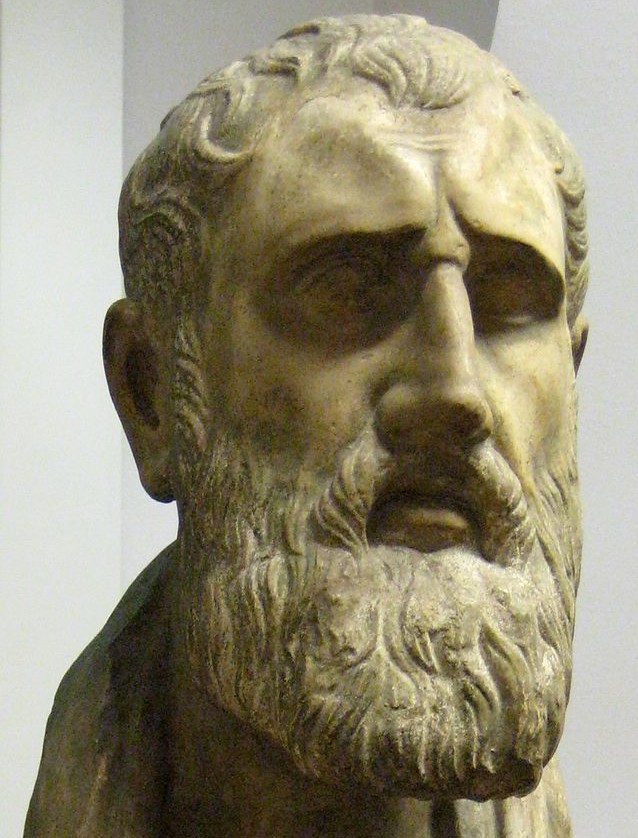 With the death of Alexander the Great (323 BC) Greek culture decayed and there was little original philosophical thinking; speculation was mainly restricted to the sphere of ethics. The Stoic school, founded by Zeno of Citium in Athens about 310 BC, returned to pre-Socratic philosophical notions in their description of the world.

Stoicism became the most powerful school of the Greco-Roman world, and produced such remarkable writers and personalities as the Greek slave and later Roman philosopher Epictetus and the Roman emperor Marcus Aurelius, who was noted for his wisdom and nobility. The Stoics taught that one can achieve freedom and tranquility only by becoming insensitive to material comforts and external fortune and by dedicating oneself to the life of reason and virtue.

Human happiness, said the Stoics, consists in living according to nature, ie: according to the divinely appointed order of the world.Man has to fight against his feelings and endeavor to attain a state of apathy, or unfeelingness; he must become independent of all externals.

Holding a somewhat materialistic conception of nature, they followed Heraclitus in believing the primary substance to be fire and in worshiping the Logos which pervades nature and which they identified with energy, law, reason and providence. The reason of man was considered to be that part of him which is also part of the divine Logos, and therefore immortal. The Stoic doctrine that every man is part of God and that all men form a universal brotherhood helped to break down national, social and racial barriers and to prepare the way for the spread of a universal religion. Their doctrine of natural law, which makes human nature the standard for evaluating laws and social institutions had an important influence on Roman and later Western law.

Stoicism was the most influential philosophy prevailing in the Roman Empire in the period preceding the rise of Christianity. The Stoics, like the Epicureans, emphasized ethics as the main field of knowledge, but they developed also theories of logic and natural science to support their ethical doctrines. Their most important contribution to logic was the discovery of the hypothetical syllogism. They held that all reality is material, but that matter proper, which is passive, is to be distinguished from the animating or active principle, God or reason, which they conceived of as being simply a finer kind of material entity, an all pervading breath or fire, such as the Greek philosopher Heraclitus had supposed the cosmic principle to be.

According to them the soul of man is a manifestation of the divine reason. Living according to nature or living according to reason, they held, is living in conformity with the divine order of the universe. The importance of this positive guidance is seen in the part which Stoicism played in developed a theory of natural law that powerfully affected Roman jurisprudence.

The foundation of Stoic ethics is the principle, proclaimed earlier by the Cynics, that good lies not in external objects, but in the sate of the soul itself, in the wisdom and restraint by which a man is delivered from the passions and desires that perturb the ordinary life. The four cardinal virtues of the Stoic philosophy are those of wisdom, courage, justice and temperance, a classification derived from the teachings of the Greek philosopher Plato.

One very distinctive feature of Stoicism is its cosmopolitanism. All men are manifestations of the one universal Spirit and should, according to the Stoics, live in brotherly love and readily help one another. They held that external differences such as rank and wealth are of no importance in social relationships. Thus, before the rise of Christianity, Stoicism recognized and advocated the brotherhood of man and the natural equality of all human beings.

Read up on the stoics

Selected from the Epistulae Morales ad Lucilium, Seneca’s Letters from a Stoic are a set of ‘essays in disguise’ from one of the most insightful philosophers of the Silver Age of Roman literature. This Penguin Classics edition is translated from the Latin with an introduction by Robin Campbell.

Stoicism was a philosophy that saw self-possession as the key to an existence lived ‘in accordance with nature’. It called for the restraint of animal instincts and the severing of emotional ties. These beliefs were formulated by the Athenian followers of Zeno in the fourth century BC, but it was in Seneca that the Stoics found their most eloquent advocate.

Stoicism, as expressed in the Letters, helped ease pagan Rome’s transition to Christianity, for it upholds upright ethical ideals and extols virtuous living, as well as expressing disgust for the harsh treatment of slaves and the inhumane slaughters witnessed in the Roman arenas. Seneca’s major contribution to a seemingly unsympathetic creed was to transform it into a powerfully moving and inspiring declaration of the dignity of the individual mind.