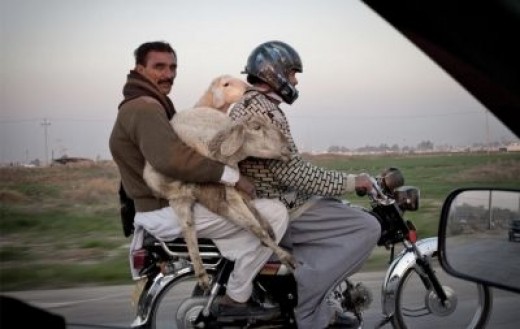 Tithing = A tax or assessment of one tenth, especially when payable in kind.

In England it was a tenth part of the yearly proceeds arising from and from the personal industry of the inhabitants, for the support of the clergy and the church.

In some European countries tithes have been taken over by the government as part of tax, financing religious institutions. Where the practice survives today, it is usually much less than 10%. Instead it’s around 1 or 2% of a citizens’ income.

Tithing is a survival of social organisation from before the time of formal administrative governments and taxes.

Formerly a payment exacted from the inhabitants of a parish for the maintenance of the church and its incumbent; some religious groups continue the practice by giving 10% of members’ incomes to charity.

It was originally the grant of a tenth of all agricultural produce made to priests in Hebrew society. In the Middle Ages the tithe was adopted as a tax in kind paid to the local parish church, usually for the support of the incumbent, and stored in a special tithe barn; as such, it survived into contemporary times in Europe and Britain. In Protestant countries, these payments were often appropriated by lay landlords.

In times of need those tithes would go back to the people. Tithing was essentially the first form of tax.

Government taxes too are, after all, aimed at the general good. However hard it is to remember.

Islam is a newer religion than Christianity and Judaism. As such their ideas about tithing are more modern too. The minimum requirement of the Muslim Tithe (Zakat) is 2.5%. But as with most of us, this is on top of taxes. Also, it can go directly to the poor, so it circumvents the problem of giving the church / Imam too much power and wealth.

Should the Church Teach Tithing? A Theologian’s Conclusions about a Taboo Doctrine – By Russell Earl Kelly – a PHD study republished for the general public

“The whole of the bible is shown to be in agreement and shows that the weight of the argument is truly against a legalistic mandatory requirement and that the New Testament does not command or teach tithing at all.” says a reader

An Ecclesiastical tax vs Government tax

An ecclesiastical tax consisting of a tenth part of the annual produce, known to the ancient Jews, and first imposed by Christian authorities in the 4th century, although not made compulsory in England before the 9th century.

Tithes derived from land are termed “praedial” those, derived from cattle being styled “mixed”, while others are personal. After the passing of the Tithes’ Commutation Act of 1836, tithes were gradually converted into rent charges, and today the old form of tithes exists only to a small degree.

Most European countries have included tithing as part of their tax law: Donations given to churches and charity are deducted from taxes. This makes tithing equivalent to taxes by law. Similarly in many countries churches and church officials are paid out of the general taxes.

This makes sense: government taxes too are aimed at furthering the welfare of all, paying for basic education and health care, for instance.

Tithing and the Law of Attraction (LOA)

Give and you will receive. This simple karmic law has been reinterpreted in recent times as part of the Tithing tradition in Christianity. It might be applied as much to the generous and non-complaining payment of taxes as to donation to charity and church, of course.

Is Tithing The Secret to Wealth?

Give and you will receive. This is an ancient karmic law. In combination with the Christian, Jewish and Muslim tradition of tithing you get the expectation that generosity will make you wealthy. In fact, the Dalai Lama has stated that it’s true: if you want to be wealthy, GIVE. If you want to be happy, MAKE OTHERS HAPPY.

Tibetan Buddhists were never foolish enough to take this to the extreme and I don’t think anybody should. However, perhaps we should be glad to pay taxes and contribute to the nations welfare that way?

More about spirituality and money.