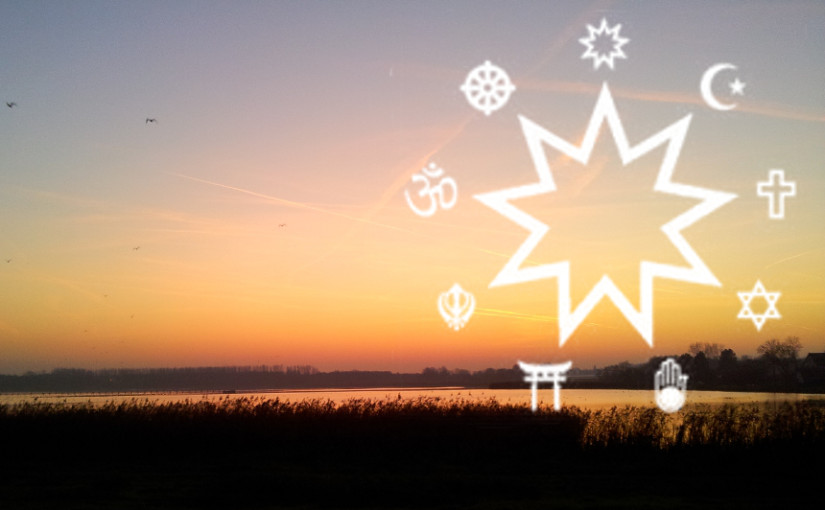 Is The Bahai faith the ideal religion?

Well, it does sound just wonderful doesn’t it? Peace, equality, no more prejudice, harmony of science and religion, universal education and eliminating the extremes of wealth and poverty. Those are the ideals of the Bahai Faith.

As ideals go, these are just perfect. However, there is no religion to be found that doesn’t have great ideals. The Bahai, being the youngest faith on this list, is therefore also the best adapted to the modern world.

Being less than two centuries old, and persecuted in the Middle East most of that time, the Bahai have hardly had the time to show us what they would do if they got into power. Why mention power? Like Islam, the Bahai faith implicitly assumes that religion and politics go hand in hand.

This is directly opposite to the modern idea of the secular state. The secular state has been invented precisely to make sure that people of whatever religious background should be able treated equally before the law. This ideal has not been fully practiced anywhere, but the question the Bahai ask us by example is whether that ideal should be thrown out the window…

Should religion and politics be kept separate or not?

Is the ideal religion politically neutral? This is what my readers said on a previous version of this post:

Yes, it should be. But unfortunately religion does play a role in different parts of the world and many a times it creates more problem than it solves.

We have based our laws and such on our customs which come from religion. As long as society follows a rough guideline of religious rules in the form of law, we are better for it. But if people begin to see that religion creates the laws for them, Atheists and the like will most likely not agree, and may cause uproar, riots etc… We shouldn’t force religion on people. Besides, if politics and religions began to mix, more religious wars would begin and religions would fight over who has more power…

I think its absurd to force or think a person to have government officials act independent of their religion. Still as a Latter-day Saint (AKA: Mormon): “We believe Governments are ordained by God, and in obeying, honoring and sustaining the laws.” Therefore, I personally believe, Christian nations laws should be governed by christian laws, Islamic laws, etc. yet, ideally, all countries should be tolerant of others religions and allow freedom of worship.

From a Bahai Perspective…

Each truly democratically elected form of governance, among any society, is naturally bound to be influenced by the customs and beliefs of those members of its area of jurisdiction from which the members of government are elected.

In answer to those who raise objections to this vision of a worldwide commonwealth inspired by a Divine Revelation, fearing for the freedom of minority groups or of the individual under such a system, we can explain the Bah’ principle of upholding the rights of minorities and fostering their interests. We can also point to the fact that no person is ever compelled to accept the Faith of Bah’u’llah and moreover, unlike the situation in certain other religions, each person has complete freedom to withdraw from the Faith if he decides that he no longer believes in its Founder or accepts His Teachings. In light of these facts alone it is evident that the growth of the Bah’ communities to the size where a non-Bah’ state would adopt the Faith as the State Religion, let alone to the point at which the State would accept the Law of God as its own law and legislature, must be a supremely voluntary and democratic process.

“Unlike the nations and peoples of the earth, be they of the East or of the West, democratic or authoritarian, communist or capitalist, whether belonging to the Old World or the New, who either ignore, trample upon, or extirpate, the racial, religious, or political minorities within the sphere of their jurisdiction, every organized community enlisted under the banner of Bah’u’llh should feel it to be its first and inescapable obligation to nurture, encourage, and safeguard every minority belonging to any faith, race, class, or nation within it.”

“…the mere fact of disaffection, estrangement, or recantation of belief, can in no wise detract from, or otherwise impinge upon, the legitimate civil rights of individuals in a free society, be it to the most insignificant degree. Were the friends to follow other than this course, it would be tantamount to a reversion on their part, in this century of radiance and light, to the ways and standards of a former age…”

Among the many complementary Teachings in the Bahai Faith which resolve the dilemmas of past societies are those of the unity of mankind on the one hand, and loyalty to the covenant on the other. As already mentioned, no one in this Dispensation is compelled to be a Baha’i, and the division of humankind into the “clean” and the “unclean”, the “faithful” and the “infidels”, is abolished

The Baha’i vision of a future civilization which is both technologically, and spiritually advanced, and the manner in which it would be governed is perhaps too far for us to properly visualize, but one thing which is certain is that it is without parallel in the entire history of social governance.