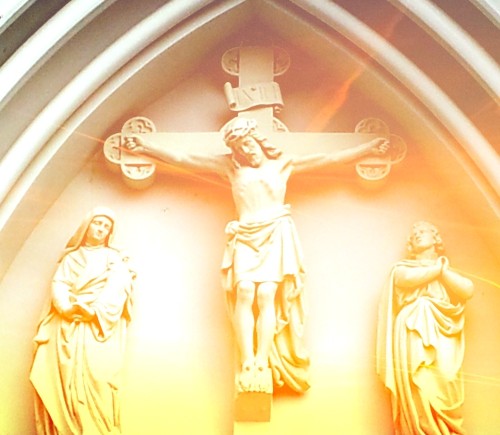 Test your knowledge of Christianity, one of the largest world religions. Do you know your religious trivia? Good luck and have fun.

There are questions about the history of Christianity, the Bible, Christianity in the world today and theology.

Various people who took this test did not know what ‘papal infallibility is. Here’s what wikipedia has to say:

Papal infallibility is the dogma in Catholic theology that, by action of the Holy Spirit, the Pope is preserved from even the possibility of error when he solemnly declares or promulgates to the universal Church a dogmatic teaching on faith or morals as being contained in divine revelation, or at least being intimately connected to divine revelation. It is also taught that the Holy Spirit works in the body of the Church, as sensus fidelium, to ensure that dogmatic teachings proclaimed to be infallible will be received by all Catholics. This dogma, however, does not state either that the Pope cannot commit sin in his own personal life or that he is necessarily free of error, even when speaking in his official capacity, outside the specific contexts in which the dogma applies.

This doctrine was defined dogmatically in the First Vatican Council of 1870. According to Catholic theology, there are several concepts important to the understanding of infallible, divine revelation: Sacred Scripture, Sacred Tradition, and the Sacred Magisterium. The infallible teachings of the Pope are part of the Sacred Magisterium, which also consists of ecumenical councils and the “ordinary and universal magisterium”. In Catholic theology, papal infallibility is one of the channels of the infallibility of the Church. The infallible teachings of the Pope must be based on, or at least not contradict, Sacred Tradition or Sacred Scripture. Papal infallibility does not signify that the Pope is impeccable, i.e., that he is specially exempt from liability to sin.

In practice, popes seldom use their power of infallibility, but rely on the notion that the Church allows the office of the pope to be the ruling agent in deciding what will be accepted as formal beliefs in the Church. Since the solemn declaration of Papal Infallibility by Vatican I on July 18, 1870, this power has been used only once ex cathedra: in 1950 when Pope Pius XII defined the Assumption of Mary as being an article of faith for Roman Catholics. Prior to the solemn definition of 1870, Pope Pius IX, with the support of the overwhelming majority of Roman Catholic bishops, had proclaimed Immaculate Conception an ex cathedra dogma in December 1854.